Language through Language: After an Evening of Persian Poetry at the Barber Institute of Fine Arts, Birmingham


(The opening line, in Farsi, of ‘Letter’, by Azita Ghahreman)


How does a poem contain more than one language? It’s a question that fascinates me, and has done for a long time – because it’s to do with the fabric of language itself: how a poem operates both within and beyond the locus of its particular vocabulary (English, Farsi, or whatever it may be). The ‘auditory imagination’ – Eliot’s term for the capacity of poetic language to bend biological time, and fold together the most primordial and the most evolved elements of our being – unites the human species across its cultures, too: not only reaching back to our origins, but to the other possibilities latent in our own tongue. In the poems I write, I actively court the sense that words in English are brushing up against – or even generating – another, unknown language, at once inherent within and completely alien to my own.


One way to become more aware of this supra-verbal component of poetry is to listen to verse in languages you don’t understand – with or without accompanying translations. Last night I went along to a reading of Persian poetry – part of a tour organised by the excellent Poetry Translation Centre, led by Sarah Maguire, and hosted in Birmingham by Writing West Midlands. Happily, the format allowed Farsi and Dari – Persian cousins, linguistically – to be heard alongside their translations into English, setting up a charged space between those languages and my own. That’s a sweet spot for the kind of experience I describe. Knowing no Farsi or Dari myself, I could let the recitations wash over me with a kind of pre-conscious pleasure – having only their sound to know them by – before (or after) I heard the translation that I would understand. I had a similar experience at the Strokestown Poetry Festival in 2005, where I fell in love with the verve of Scottish Gaelic, as read there by Meg Bateman, Rody Gorman and Aonghas MacNeacail (and which left me with a still-unfulfilled craving to get to know that language better.)


Azita Ghahreman, an Iranian poet now living in Sweden, read first, with Sarah Maguire reading Maura Dooley’s tender translations of her work. I noticed the prominence of certain sounds in Farsi – ahr / ohr / ehsht / at / dz, for example – and was struck by the sense of loss, and calling, as well as an allure, in Azita’s reading (which put me in mind of the Portuguese saudade, and the German sehnsucht). It had the authentic aura of invocation. Shakila Azizzada, originally from Afghanistan and now based in the Netherlands, read in Dari, which seemed to carry a different kind of insistence to Farsi – an earthy authority, compared to Farsi’s more aerial appeal. There was one sound – a fusion of ‘j’ and ‘sh’ – which I noticed acted as a hinge in many phrases. Mimi Khalvati read the translations she had made of Shakila’s poems, to quietly forceful effect. Finally, Sarah Maguire read her own deft translations of Partaw Naderi’s work – another Afghan poet – who was originally scheduled to have read at the event. Listen for yourself: a selection of fine pieces from each of these poets – both in English and in their original language – is available to hear and to read through the website of the Poetry Translation Centre. (They are also published in attractive chapbooks.)


In exposing the audience to the frequencies of verse drawn from experiences distant from those of most Britons, the readings last night also galvanised a sense of what is at stake in the work of all three poets: utterance as the mark of survival, and how poetry’s rare sensitivity, articulate complexity – and its very vulnerability – are the foundations of its resilience. The imaginative access that authentic poetry embodies is anathema to tyranny and censorship: as the unique signature of individual experience, it is also the signature of political and intellectual freedom.


Anglophone culture has become somewhat accustomed to living with the lazy notion of the ‘language barrier’ as an insuperable divide, because there is presently so little general pressure on its constituents to learn other languages. But events like last night’s reading of Persian poetry suggest that the language barrier need not be a political barrier (and vice versa). On the contrary: it becomes apparent that such barriers are illusory. Hearing the poetry of another language opens a channel to your own. For me, hearing Farsi and Dari poetry brought home once again the overwhelming importance of the vowel, as the breath of a poem, that makes its body flex and stir: just as in English. You can hear the musical resources of your own language – its possibilities – all the more vividly for hearing poetry at work in another language. It flips the more familiar levels of our receptivity to language, and reveals something universal, playing upon the fact that our bodies are, through and through, organs of communication – and the way any voice reaches beyond the individual, seeking, as if with a life of its own, to form a new bond in another body and mind.
Posted by Gregory Leadbetter at 11:23 pm No comments: 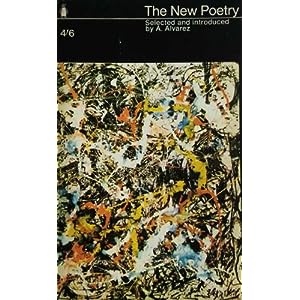 
Sownynge in moral vertu was his speche,
And gladly wolde he lerne, and gladly teche.
Posted by Gregory Leadbetter at 11:12 pm 1 comment: