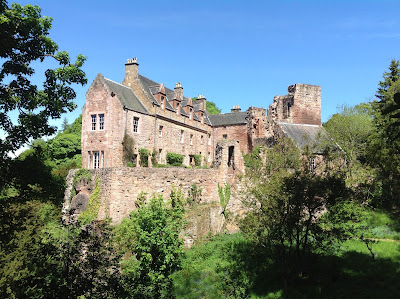 I spent the month of June at Hawthornden Castle – once the home of the poet and scholar William Drummond, now owned by the literary patron Drue Heinz and run as a retreat for writers, through the Hawthornden Fellowship. 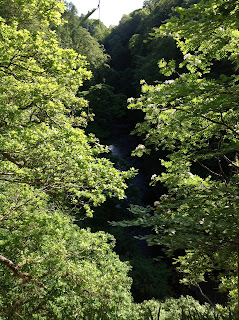 As the pictures I’ve included here show, it is an outstandingly beautiful place – an intriguing combination of fourteenth-century ruins and a seventeenth-century house, ravishingly situated on a sandstone outcrop overlooking the wooded gorge of the River North Esk.

There are caves beneath the castle – as there are all along the river – said to have been cut out by the Picts. Each month of the year (save July and August) the castle welcomes five or six writers – poets, novelists, short story writers, non-fiction authors, translators – and provides them with the space and time to write. Such retreats are far less common in the United Kingdom than they are in the United States, where writing retreats have been established more widely and for longer than here, so Hawthornden fills a special role, and the experience it provides – if all goes well, as it did for me – is invaluable. 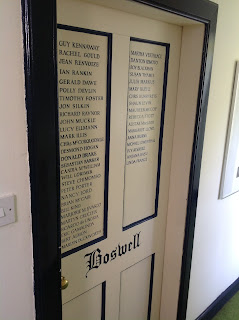 The writers’ bedrooms are all named after various authors of the past: I stayed in ‘Boswell’. Each bedroom door is painted with the names of some of those who’ve stayed in that room – Ian Rankin and Peter Porter had stayed in ‘Boswell’, for example – but the castle has discontinued the practice of adding names now (because we are Too Many, probably).
There is a daily routine to nudge the Fellows into the necessary discipline: a self-service breakfast 8-9.30am, then (officially) silence throughout the castle until 6.30pm. Lunch is left outside your bedroom door in a small hamper: a flask of soup, a sandwich, a piece of fruit. In practice, and partly because (on the whole) the weather was so unusually good for Scotland, a few of us used to meet up for a picnic outside and a whispered conversation. Dinner was 7-8.30pm, followed (usually) by convivial discourse in the drawing room.
I went to Hawthornden with the simple intention of producing more poems – and hence with a whole range of beckoning ideas and loose plans for the writing that might follow. But for the first few days I found myself responding to my new environment – the sheer life-force coming from the woods and the river and the night air. (Bats, badgers, roe deer, mayflies, kestrels, woodpeckers, peregrine falcons...) As happens in such circumstances, this in fact resonated with my imaginative life, and the poetry to which I was tending with those vague plans and anticipations. 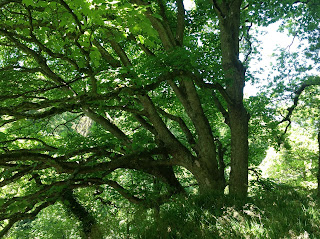 I soon settled into unforced patterns that shaped my days – generally reading after breakfast, on the hunt for something that was asking to be realised, circling and summoning what might happen – then drafting until lunch – then drafting again – and then heading out for a walk to explore the surrounding countryside between 4.30pm and 6.30pm. I covered a lot of ground during that month, both literally and figuratively. Occasionally I’d write or make notes or revise in the evenings, though most of the time between dinner and sleep was spent in conversation with some or all of my fellow Fellows.
Writing intensively, day after day, with a keen sense of something at stake both inwardly and in point of craft and technique, is bound to exert a strange pressure after a while – and evolve a mood characterised by the nature of the materials one is working on. In my case, this meant that I became somewhat too haunted by what was happening in the poems. There can be a fine line between the poetically-productive ‘trance’, as Goethe put it, and a burnt-out nervous system. 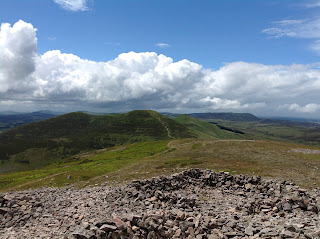 That may sound dramatic – but in practice it simply meant spotting when I needed to go for an energetic walk, and let my body sort things out. As well as exploring the gorge, walking to Wallace’s Cave, a ruined bothy in the castle grounds, or the Bronze Age settlement across the river, I also walked to the beguiling Rosslyn Chapel, and one day walked the ridge of the superb Pentland Hills with two co-explorers. Having Edinburgh and all its delights only forty-five minutes away by bus was also a boon. 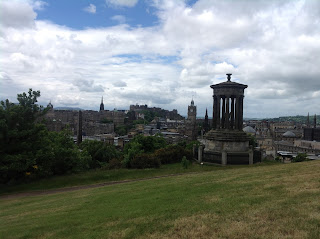 Of course, the company of the other Fellows is a huge part of the experience at Hawthornden, and I was lucky with mine, making new friends, learning a good deal and having great fun. We read some of our work to each other, which was intimate and memorable. The guest books that the castle holds are a testament to the unique and yet similar experiences of previous Fellows – and a treasure-trove of human interest in themselves. Hamish, poet and director of the castle, Alasdair the cook, and Mary and Georgina the housekeepers, all looked after us impeccably and with great humour. And I have to mention how grateful I am to Mary’s partner Billy, of the Royal Scots Pipe Band, whose bagpipes I played. 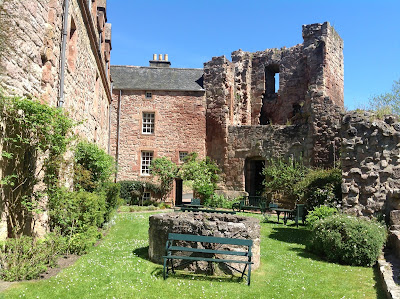 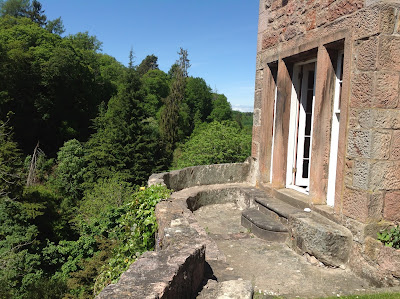