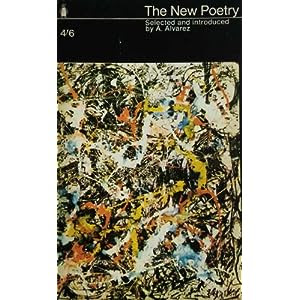 
Sownynge in moral vertu was his speche,
And gladly wolde he lerne, and gladly teche.
Posted by Gregory Leadbetter at 11:12 pm

Marjorie Perloff writes in Poetry on the Brink: Reinventing the Lyric that "the lack of consensus about the poetry of the postwar decades has led not, as one might have hoped, to a cheerful pluralism animated by noisy critical debate about the nature of lyric, but to the curious closure exemplified by the Dove anthology".

You say - "We have excellent poetry journals, yes – but with a smaller readership to keep, these are often under pressure to be representative and inclusive, rather than contentious". Yes, it can often look that way. I like how The Dark Horse is prepared to champion and re-evaluate. More often one needs to look off-centre for opinions - see for example Andrew Duncan - "The White Stones by J. H. Prynne (1936-) is probably the most significant single volume of the 1960s.", "[Jeremy] Reed is obviously the most gifted poet of his generation", "Wales has not produced any striking books in the 1980s, so far as I have been able to discover, except for the works of Peter Finch", "Larkin had no literary talent ... Larkin never managed to write a good poem", "In 1969 came Children of Albion, Poetry of the Underground in Britain (Penguin, ed. Michael Horovitz); perhaps the worst book I have ever read"

As you say, the WWW means that there are more turfs to war about. If you don't like a game you can take your ball and play elsewhere rather than stand one's ground or engage in debate. Why care about the state of Poetry Review when Jacket 2 (or even a blog) gets more readers?